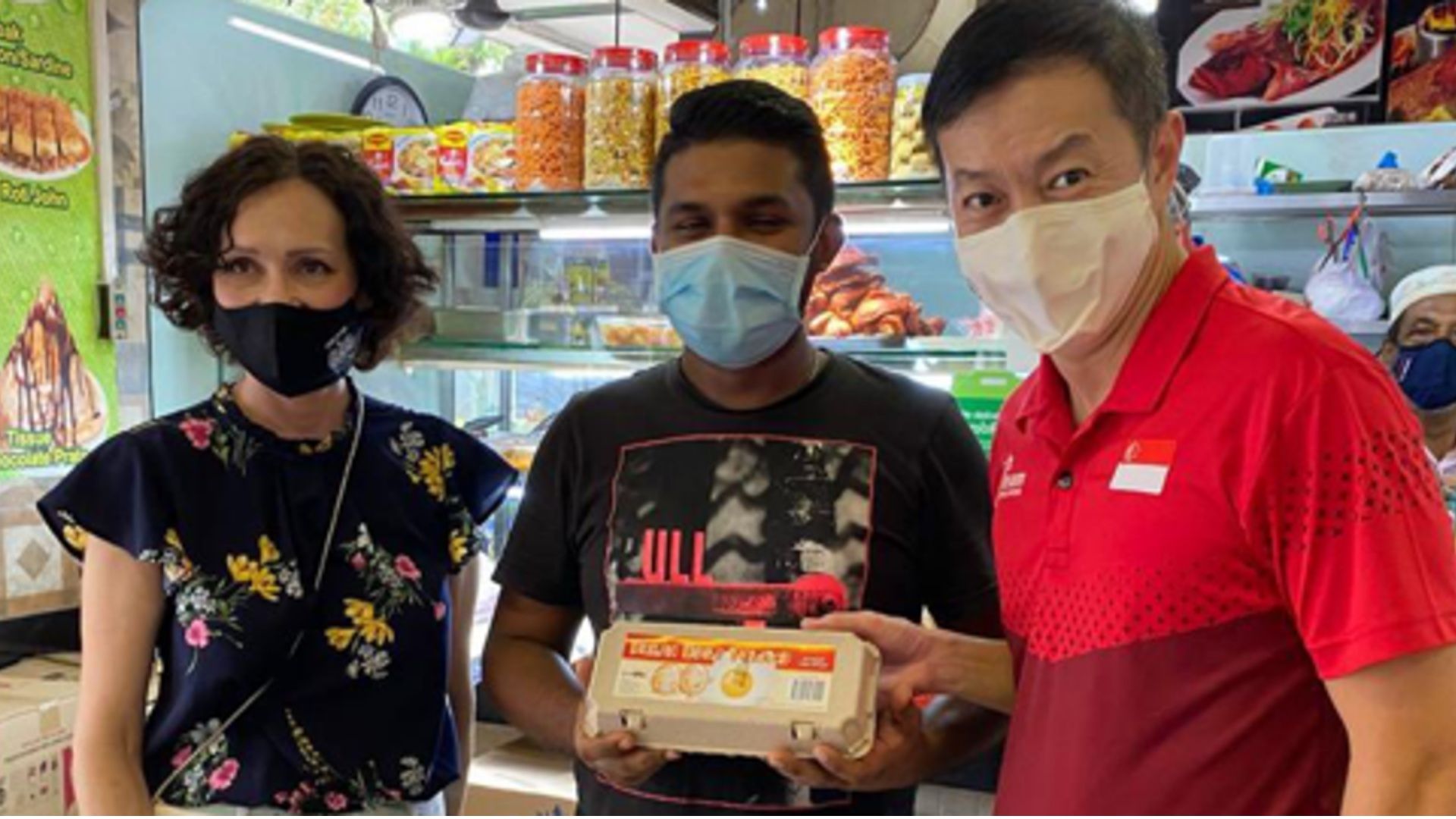 On Saturday before Easter the Embassy of the Republic of Poland in Singapore with the involvement of a member of parliament, chairman of the Polish-Singapore Parliamentary Friendship Group, Dr. Lim Wee Kiak hold an Easter campaign donating 10,000 Polish eggs to residents and owners of local gastronomy in the Sembawang district of Singapore.

“The distribution of eggs and gifts given by the Polish producer to the people of Singapore is an expression of our solidarity – a distinctive feature of Poland and Poles – and a symbolic gesture of support for the gastronomy sector, which has been hit hard by supply disruptions and the lockdown.

The outbreak of the pandemic significantly exposed mutual support and credible partnership in efforts to overcome the global crisis and build lasting resilience, ”emphasized Magdalena Bogdziewicz, Ambassador of the Republic of Poland in Singapore, during a meeting with residents. Dr. Lim Wee Kiak appreciated the role of Poland as a reliable partner of Singapore in activities aimed at diversifying food supply sources, sensitive to the needs of the local community and small entrepreneurs.

The action was warmly received by the local community and its conduct during Easter allowed to mark the symbolism of the egg and present Polish Easter traditions to a wide group of local recipients. The packages with eggs were accompanied by a special greeting card presenting Easter traditions and the distribution of eggs was supported by children dressed in Polish folk costumes, which added color to the activities carried out.

The event provided an opportunity to translate parliamentary cooperation to the level of interpersonal and intercultural relations, as well as to support activities aimed at strengthening economic contacts between Poland and Singapore. The participation in the campaign by the Ambassador of the Republic of Poland and a member of the Singapore Parliament, embedded in the narrative of Easter, has been widely reported by leading local media, including the major news release on Channel News Asia, The Straits Times, Chinese-language daily Zao Bao and online media, including Singapore News Today. The action was organized on the basis of a donation from Fermy Drobiu Woźniak and logistic support from one of the local distributors.