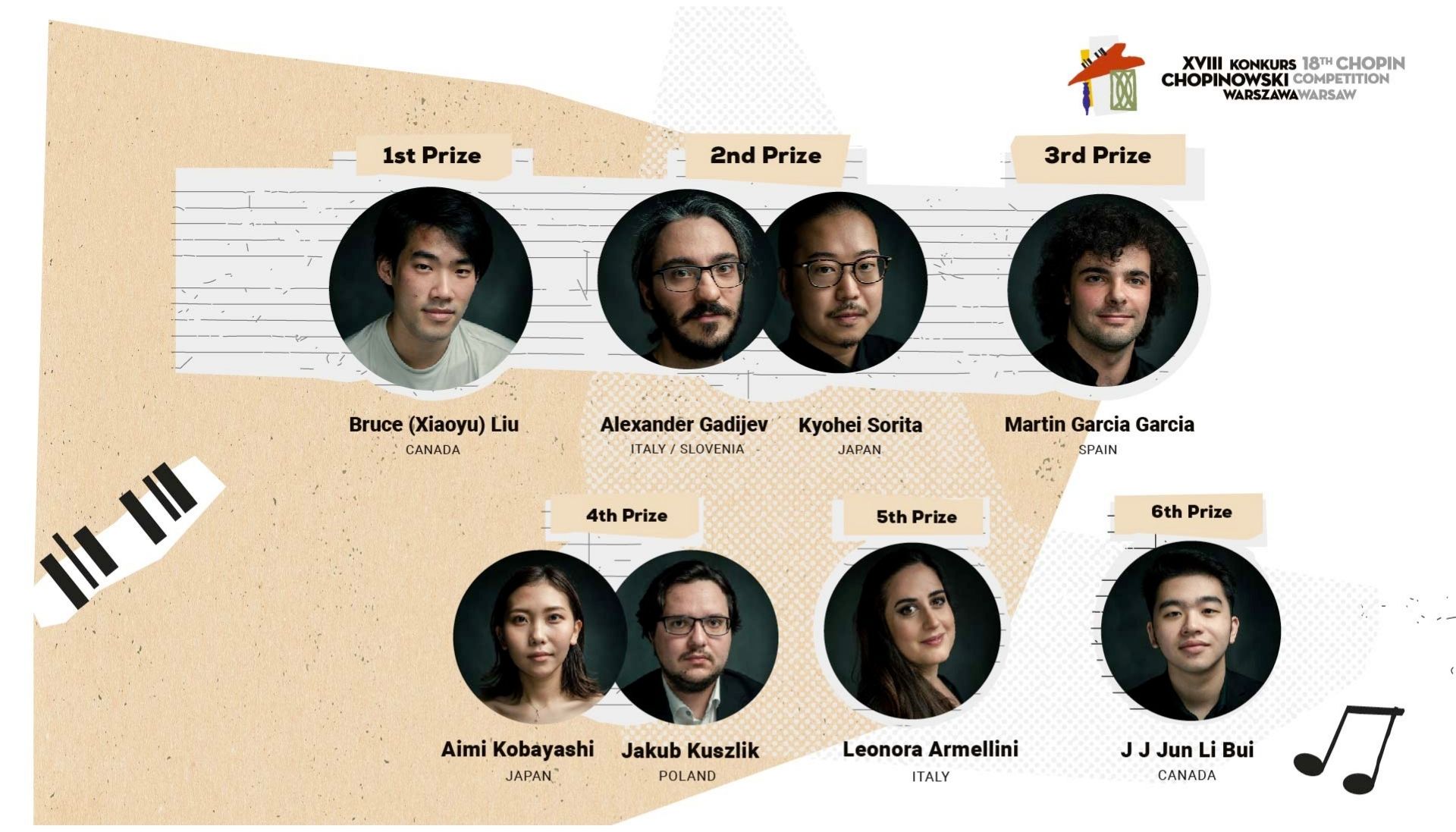 This year in October Warsaw became again a piano capital of the world hosting the XVIII Fryderyk Chopin International Piano Competition, one of the oldest and most prestigious music competitions in the world.

The jury composed of 17 international personalities of the piano world chaired by Professor Katarzyna Popowa-Zydroń awarded the following prizes.

The Warsaw Philharmonic Prize for the best performance of a concerto – Mr Martin Garcia Garcia, Spain

The Krystian Zimerman Prize for the best performance of a sonata – Mr Alexander Gadjiev, Italy/Slovenia

The Jury didn’t award a special prize of The Fryderyk Chopin Society for the best performance of a polonaise.

The remaining finalists of the 18th Chopin Competition receive a honorary distinction funded by the President of the Capital City of Warsaw.

For the 18th edition of the International Chopin Piano Competition, The Chopin Institute obtained a record number of over 500 entries from the most distant corners of the world.

Out of 164 pianists who qualified for preliminaries, the Jury admitted 87 to the main competition. Nine winners of major piano competitions worldwide secured themselves places in the October competition without the need to go through the Preliminaries.

The auditions of the 18th International Fryderyk Chopin Piano Competition began on 2 October 2021.

Twelve best of the original number of 87 participants representing 17 countries qualified to the Finals to perform one of Fryderyk Chopin’s two piano concertos. Nine pianists selected the Concerto in E minor Op. 11, and the remaining three – the Concerto in F minor Op. 21

The most numerous group of participants were the Chinese, as the country was represented by no fewer than 22 artists. The second most numerous group were Poles. The Warsaw Philharmonic stage was also graced by 14 pianists from Japan, seven from South Korea, six from Italy, as well as representatives of Canada, Armenia, Chinese Taipei, Cuba, Latvia, Russia, Spain, Thailand, the United States, the United Kingdom, and Vietnam.

If you want to read more about the Fryderyk Chopin Piano Competition check here.