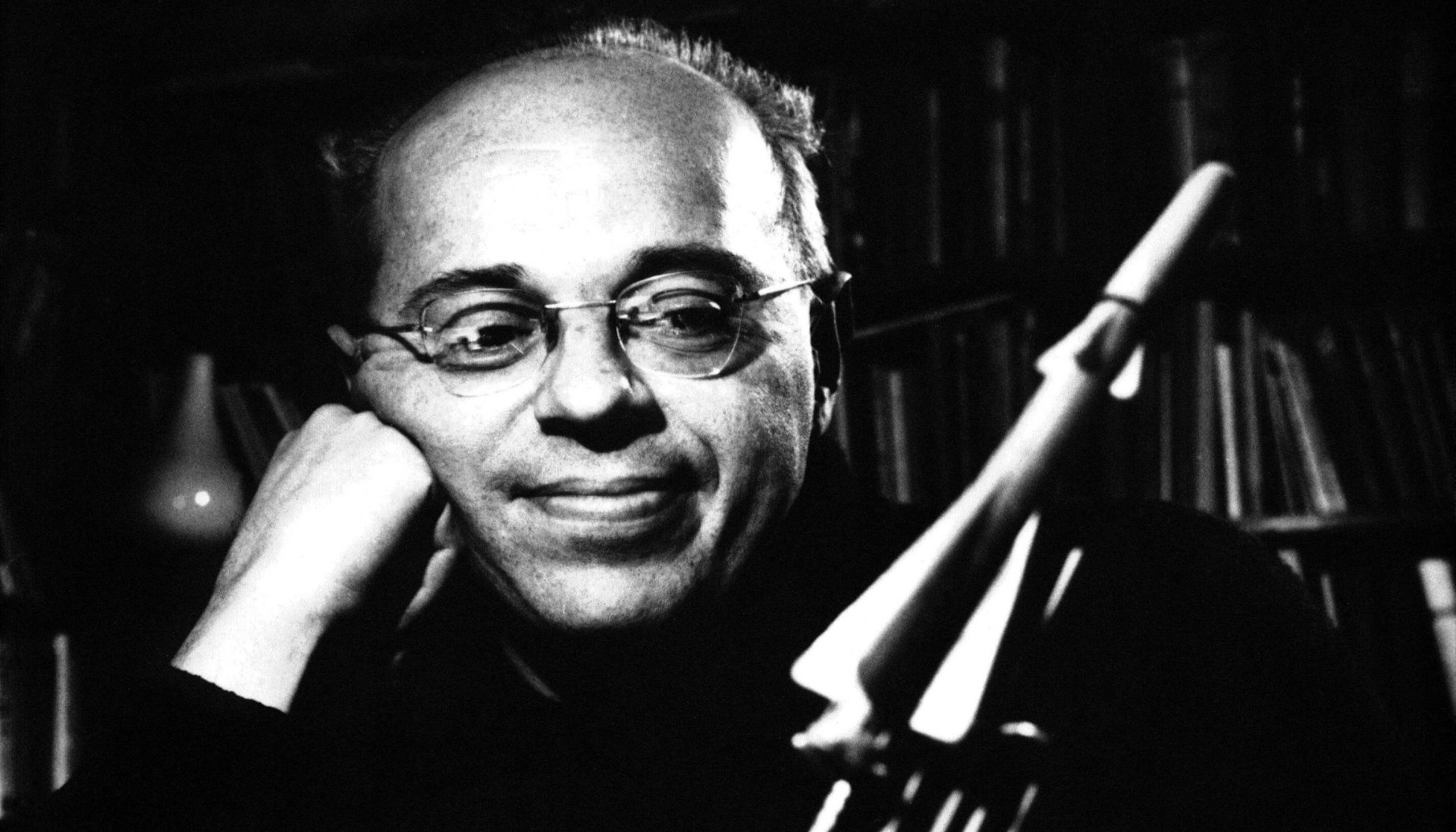 “I HAVE SEEN THE FUTURE”. Under  this motto we celebrate this year the 100th birthday of Stanisław Lem – one of the most respected thinkers and science fiction writers of the past century.

Stanisław Lem was born in Lvov in 1921, Poland, (now Lviv in Ukraine). After World War II, his family settled in Krakow where he lived most of his life.

His books have been sold more than 30 million times and translated into 41 languages. When he died in 2006 he was possibly the most popular and widely read science fiction writer in the world, with record of many literary, academic and official awards.

He is best known as the author of “Solaris”, novel which has been adapted for film, radio, and theater, but in fact he used extremely different styles and genres and he opposed being himself called a science fiction author.

His works range from philosophical books and analyses to novels, short stories and poems. He composed also a huge philosophical treatise on the relation of human beings and machines, literary criticism, radio plays, and screenplays.

The New York Times called him a writer “worthy of the Nobel Prize.

His early novels were more traditional science fiction works, his individual philosophical style flourished in the late 1970s and 1980s.

Lem’s fictions, unique, absorbing and often hilarious were quite different in style and content from science fiction prevalent in the West. There writers focused on individualism, expansionist politics and engineering or military solutions. By contrast, his writing was largely allegorical, wryly comic, humanistic, anti-military and satirical. That is why he became so popular.

He reflected on technology, the nature of intelligence, humanity’s place in the Universe, human limitations and  the impossibility of communication with alien intelligence. One theme recurring in his prose was also the uncertainties of evolution. Lem drew attention to the danger of assigning modern machines more and more autonomy, so that artificial intelligence can reach a higher level of knowledge than humans and rule over humanity. Today this is still fiction, but one can find increasingly technologically advanced robots doing the work for humans, as well as drones and other autonomous machines used by the military.

THE FUTURE ACCORDING TO STANISŁAW LEM

Stanisław Lem liked to call himself a visionary-conservative, emphasising at the same time that he is alien to all extremes – both technocracy, both fiction and non-fiction. A polymath, virtuoso storyteller and stylist, has the status as one of the most influential writers of his generation. He predicted much of the technology and trends that rule our world today.

In his book “Summa Technologiae” 1964, Lem described a machine, called a phantomaton (virtual reality), that can create alternate realities almost indistinguishable from “real” reality. Moreover, Lem saw this technology as functioning on multiple levels. That is, a person leaving one virtual reality did not necessarily return to the “real” one. He could choose from a variety of alternative simulations, without ever being sure whether the reality he chose was the “original” one, i.e. the real world. This could undoubtedly lead to a blurring of the boundary between truth and fiction, which Lem perceived as a threat.

In “The Magellanic Cloud” (1955), the writer depicted a world in which people have small receivers that allow them to access a huge database. This fictional computer network bears a striking resemblance to the concept of the Internet developed in the late 1960s, some 10 years later than Lem’s vision! In the same book, he correctly envisioned the creation of search engines, smartphones and 3D printing.

The author considered also the possibility of combining high-powered computers to increase their data processing capabilities. In his 1957 “Dialogues”, he presented this possibility as a viable direction for technological development, writing that “as a result of the gradual fusion of all computer machines and memory banks, continental and later even planetary computer networks will be created.”

Stanislaw Lem anticipated the twilight of paper books and the advent of electronic formats and e-book readers. He wrote about it as early as 1961 in his novel “Return from the Stars”, some 40 years before the first modest attempts to use e-paper. Lem imagined e-books as crystals on which content was recorded and played on a special device, which can rightly be associated with modern tablets.  In the same novel, Lem also predicted the popularity of audiobooks, though he preferred to call them lectons and tablets.

In his work “Cyberiad” (1965) he describes the actions of characters who create many artificial worlds, give them shape and direct the fate of their inhabitants. It was this vision of the future that inspired the creator of The Sims to develop one of today’s most popular games simulating real life.

Lem was well aware of the potentially threatening sides of technology. Already in the 1960s he believed it was only a matter of time before technology invaded the human body and anticipated the dilemmas we would face in the field of biotechnology and genetic-engineering.

Due to the surprising accuracy of his long-term predictions Lem gained the status of an international expert on contemporary civilization.

Read here to learn more about S. Lem’s life and his work.