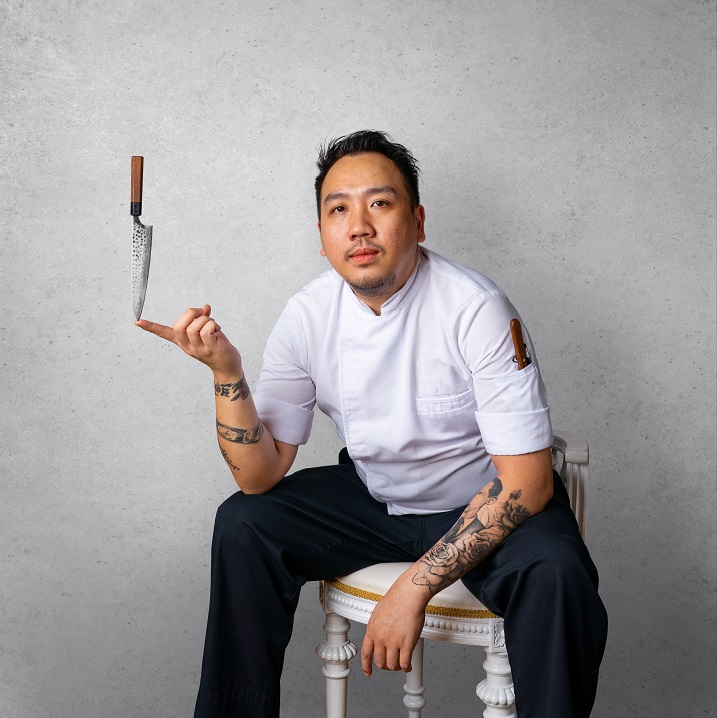 Chef at Xperience restaurant in SO Sofitel Singapore

“IT’S NOT JUST ABOUT WHAT’S ON THE PLATE, IT’S ABOUT THE STORY BEHIND IT”

Having worked in the industry for 16 years, culinary maestro and Executive Chef Hong Dingzhao chooses to make a name for himself outside of local cuisine, upending stereotypes that Singaporean chefs only make Singaporean food. Chef Hong is known for using the freshest ingredients to craft a simple yet memorable international dining experience, with a heavy focus on French cooking techniques. He believes cooking is an art, and his passion for authenticity is why he often lets his Singaporean roots shine, presenting his own interpretation of what modern fusion can be.

Hong’s culinary career thrived early, spending 3 years as Sous Chef at Ocean Restaurant with world renowned celebrity chef Cat Cora, recognized for being the first female Iron Chef. This allowed him to make his jump to L’atelier de Joel Robuchon, where he spent 3 years as Sous Chef working alongside Joel Robuchon when they were subsequently awarded 2 Michelin Stars. As someone who always strives to learn and grow, he has collaborated with many Michelin Starred chef’s such as Sergio Herman, Sergi Arola, and Christian Bau – to name a few.

Hong’s motivation comes from his guests. He would like everyone to come in with a smile, and leave with a story. He might have typical Singaporean modesty, but he is a strong believer that laughter cures almost everything. This is something diners can expect to witness behind the Molteni in the spectacular open plan kitchen at Xperience, where Hong now calls home.