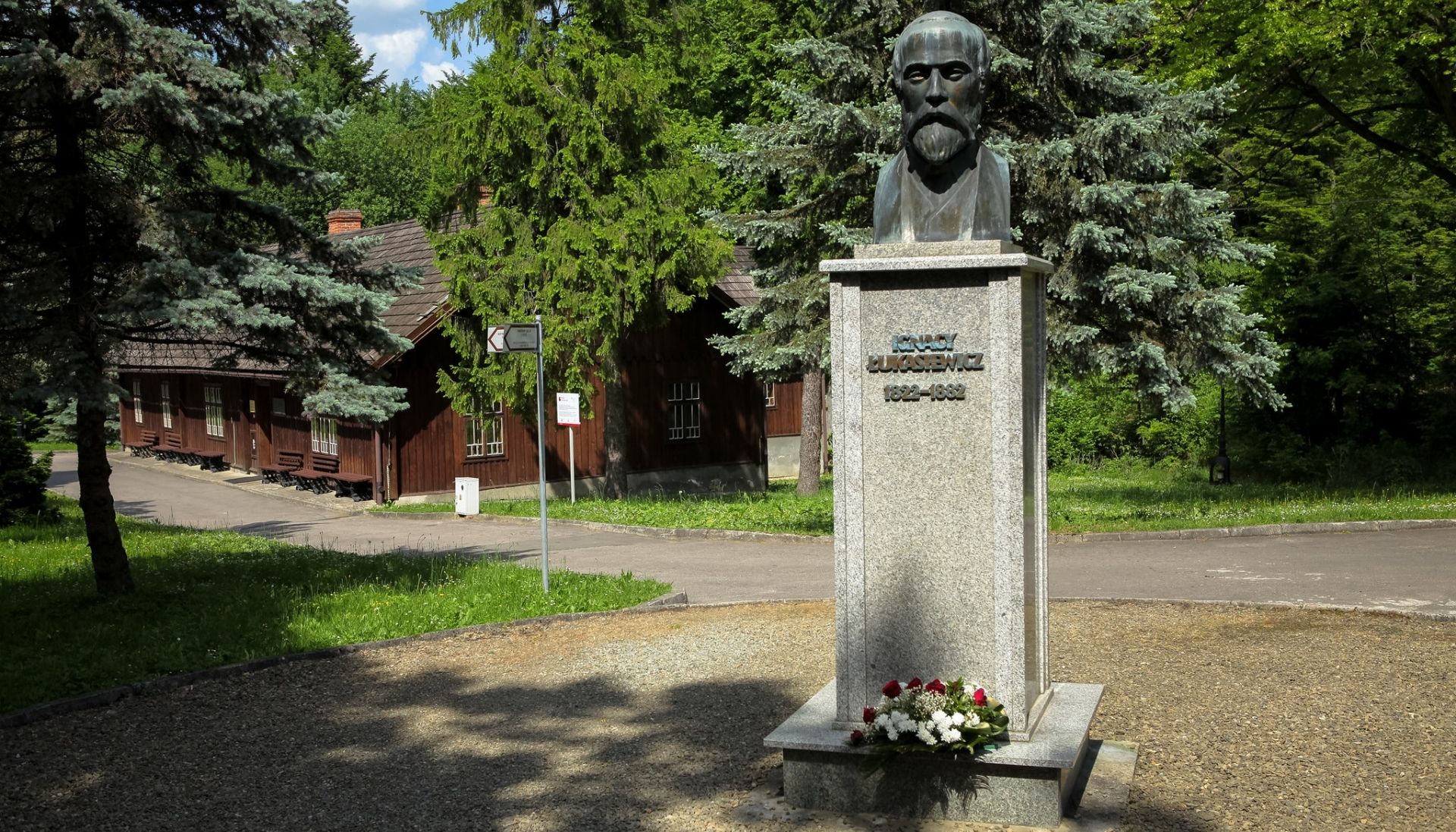 Bóbrka – The Oldest Oil Mine

The Museum of Oil and Gas Industry in Bóbrka is the birthplace of the petroleum industry.

Here in 1854, in the area reach with natural oil spills, the first mining work began, and it is recognized as the beginning of the mine and industrial use of oil.

It was initiated by three gentlemen: Tytus Trzecieski, graduated farmer and miner and investor; Karol Klobassa-Zrencki, landowner and Ignacy Lukasiewicz, a pharmacist, inventor of the oil lamp, father of the Polish oil industry, without whose involvement the creation and development of the mine would not be possible.

In 1861, they formally established a company, starting the first oil enterprise in the world involved in the exploration, exploitation and processing of petroleum.

The mine grew very fast. Many oil wells and buildings necessary for servicing the booming enterprise were erected. All this was largely thanks to Ignacy Łukasiewicz and subsequent plant managers who used the knowledge and experience of outstanding specialists and researchers, the authorities in geology and drilling.

The mine and the oil company in Bóbrka were among the best-performing enterprises in the new oil industry, not only in economic but also in social spheres. Many precursory solutions, which later were successfully implemented in other mines, originated in Bóbrka. It was in Bóbrka that the first staff of oil specialists was formed and a modern management system and employees’ privileges were introduced.

In 1895 the mine became the property of the Galician Carpathian Petroleum Joint-Stock Company.

It operated continuously during World War I and in the interwar period. In 1939–1944 taken over by Germans was incorporated into German oil companies. After World War II, it was nationalized. Currently, it is part of PGNiG SA, the Polish state-owned company subject to the supervision of the Mining Office.

The Bóbrka mine has been operating continuously for over 165 years, and crude oil is still extracted even from the oldest wells drilled in the times of Ignacy Łukasiewicz.

In 1961, at the site of this first oil mine, the Ignacy Lukasiewicz Memorial Museum of Oil Industry was opened.

The most significant monuments at the site of this museum are historic buildings, dug-out shafts and mining equipment from the second half of the 19th century, the original, preserved in an unchanged state, a testimony to the mine’s beginnings and development:

Among the exhibits in Bóbrka there are also devices reconstructed based on 19th-century drawings, historical accounts and mining textbooks and devices from the 20th century, which were brought to the museum from other plants and mines. Among others manual drilling rig made according to the Doms prototype and Canadian drilling rig with a traction engine and a Polish-Canadian drilling rig – a replica of a drilling rig imported by William Henry Mac Garvey and adapted by Polish specialists for drilling in difficult Carpathian conditions.

The Museum archives contain books, journals, maps, photo albums, share certificates, technical documents, drawings and photocopies of rare documents, dating back to the lifetime of Ignacy Łukasiewicz as well as other pioneers of the petroleum industry.