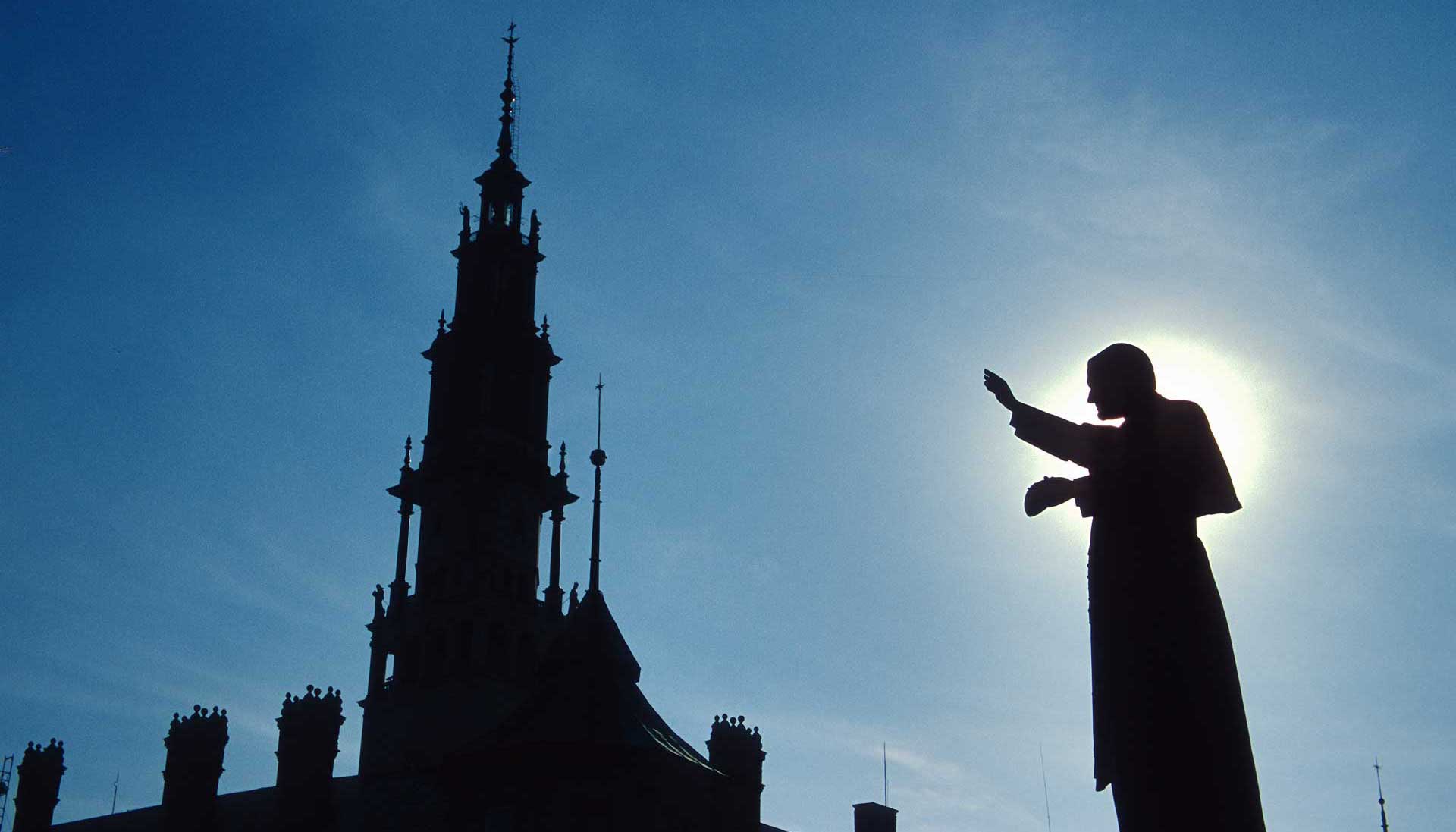 Roman-Catholic sanctuaries are Poland’s landmarks. Let’s see the list of most popular and important religious places.

Jasna Gora
Located in the central region of southern Poland, Jasna Gora is the country’s national shrine. It is also a pilgrimage site of international importance, comparable to the holy sites of Jerusalem, Fatima, Rome, or Lourdes. Home to the nation’s religious relic, the Black Madonna displayed on a Baroque altar in the monastery chapel in Jasna Gora, the city attracts more than 4.5 million pilgrims a year from 80 countries.

Lichen
Home to the Sanctuary of Our Lady of Sorrows, Queen of Poland, Lichen Stary is currently known for the Basilica of Our Lady of Lichen, the largest church in Poland, and the miraculous painting of Virgin Mary, dating back to the times of Napoleon. It is visited by more than two million pilgrims every year. Apart from the Lichen Basilica, there is historic St. Dorothy’s Church, which housed the miraculous painting up to 2006.

Wadowice
Located some 30 miles southwest of Cracow, Wadowice is the hometown of John Paul II. “It is the place”, he once said, “where it all began.” Each year, hundreds of thousands of pilgrims and tourists come to Wadowice to see the modest apartment block where John Paul II lived as a boy, and to try the famous “kremowka”, Pope’s favourite cream-filled pastry.

Kalwaria Zebrzydowska
Founded in 1602, Kalwaria Zebrzydowska is the only Calvary in the world on the UNESCO list. It consists of the monastery and a number of Mannerist churches and chapels, housing the Holy Icon of the Mother of God of Kalwaria. Frequently visited by Pope John Paul II, the place attracts millions of tourists and pilgrims every year.

Niepokalanow
Established In 1927 by Maximilian Kolbe, Niepokalanow took its name from the Immaculate Heart of Mary Statue. Its founder, a Polish Franciscan Friar, who was sent to Auschwitz for hiding Jews during the Second World War, was canonized as a martyr as he had volunteered to die in place of a stranger in the camp. The philosophy of his life attracts nearly 700 thousand pilgrims every year, and so does the Panorama theatre, commemorating the 1000th Anniversary of Christianity in Poland. The theatre consists of 164 figures and highlights the most important events in the history of Poland and church.