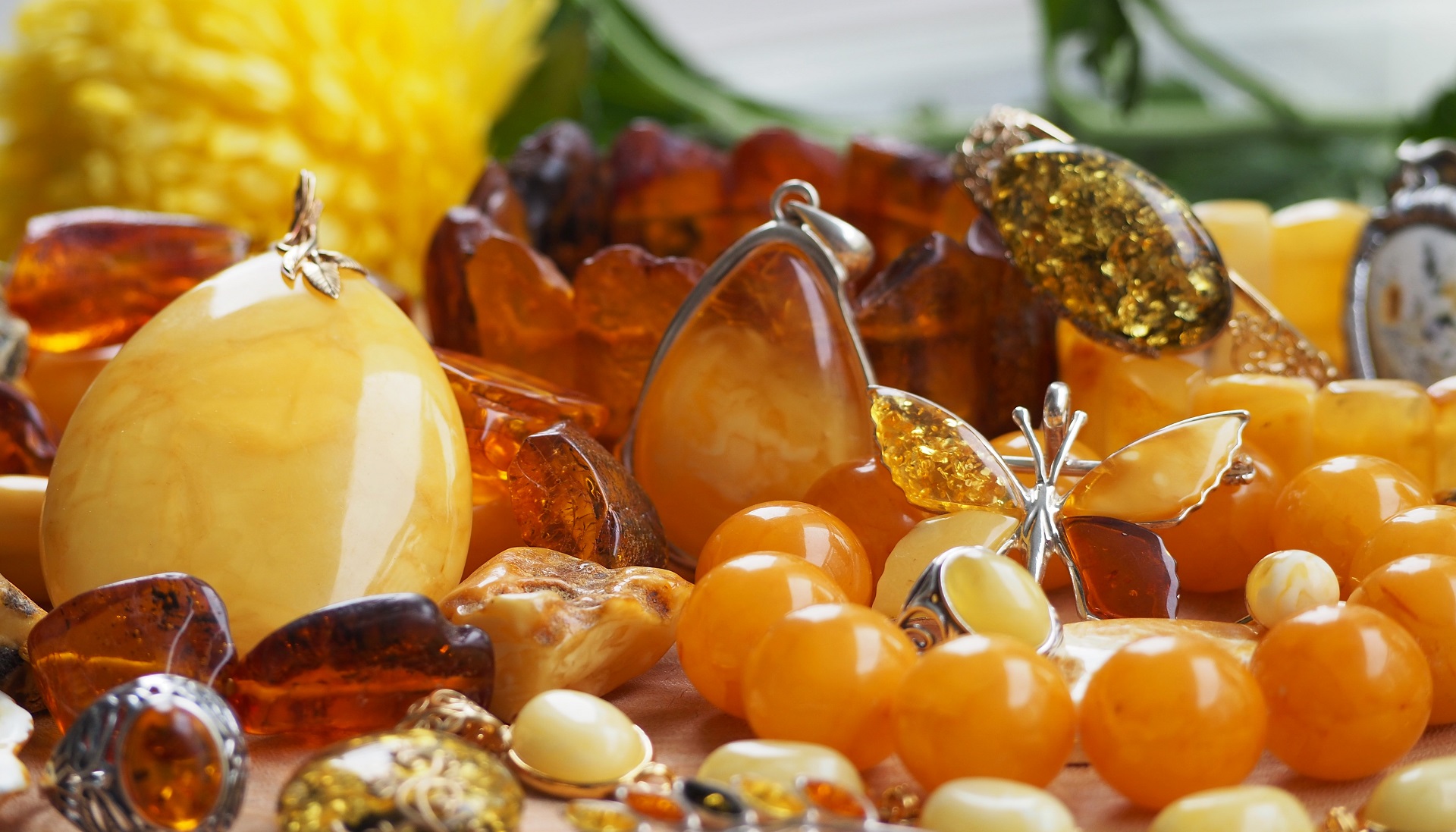 WHERE TO FIND IT?

There is no other amber that has such a variety of colors as Baltic amber. It owes its enormous range of colors to the presence of tiny, invisible to the naked eye, air bubbles or organic debris, closed in it millions of years ago, and the conditions in which it stayed. Amber is opaque when there are millions of tiny air bubbles inside it, probably left over from water. The most common varieties of amber are yellow. White, bluish and greenish colors are rare. Amber is a living stone, it darkens when exposed to light and air. Inside, the amber nuggets are usually lighter than the color of the weathered outer layer might indicate. Some of the nuggets contain insect inclusions. The most common Colors of Ambers are:  Cognac, Butterscotch, Honey, Green, Citron, Rare Amber Colors: White Amber, Blue Amber. Some of the nuggets contain insect inclusions.​

Baltic Amber, calls also “Baltic Gold” was created from the transformed resin of conifers, growing in the Middle Palaeogene, about 40 million years ago, on the northern and eastern coasts of the epicontinental sea filling the eastern part of the North Sea basin. It occurs mainly along the southern shores of the Baltic Sea: in Germany, Poland, on the Sambia peninsula in Russia, Lithuania Latvia and also in Ukraine. In Poland, amber is also found in Pleistocene and Holocene accumulations in postglacial areas in the coastal zone.

Jewellery made of Natural Baltic Amber from Poland

We are distributors of Jewellery made of Natural Baltic Amber From Poland. All our products have its origin in Poland, city of Gdansk. We have wide range of various amber products to fulfill customer needs. The company’s headquarter is in Poland and we have local representative in Singapore. We are international and open to collaborate with boutiques, private buyers as well as for big companies. Visit us at: amberbalticjewellery.com